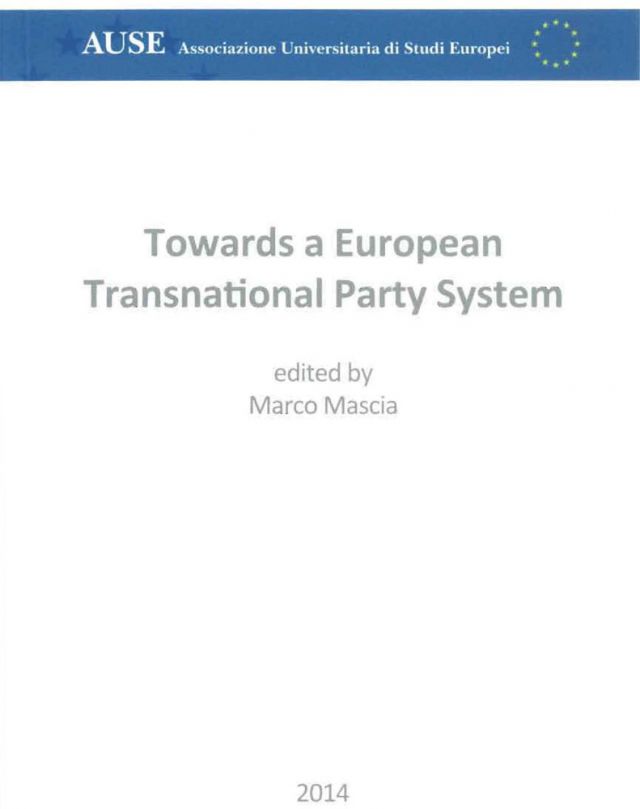 The issue of a better defined and more substantial institutional and functional position for political parties in the European Union system is stili unresolved. This question is part of the broader, endemic problem of the Union's democratic deficit and political development.

The need for a genuinely systemic transnational European dimension of political parties is addressed by the authors in light of European party-building within the ongoing broader process of democratic institution-building of the EU.

The book includes a selection of contributions presented durìng the International Conference "Representative Democracy and Political Participation. Towards a European Transnational Party System" that took piace at the University of Padua in May 2014.

The full proceedings in Italian language have been publlshed by Cacucci Editore, Bari.